Acetylene, the Simplest Alkyne • How Can We Explain That HC≡CH Is Linear? • Alkynes with Three or More Carbon Atoms. Isomerism and Nomenclature of Alkynes • Chemical Properties of Alkynes • Production and Applications of Alkynes • Exercises


4.4.1. Acetylene, the Simplest Alkyne. Alkynes are hydrocarbons containing a carbon-crabon triple bond, C≡C. The simplest alkyne is acetylene (also called ethyne), C2H2, or HC≡CH. Pure acetylene is a nontoxic colorless gas that has very close boiling and melting points, -81 and -84 oC, respectively. Acetylene is odorless. Due to impurities, however, commercial samples of acetylene often have a characteristic unpleasant smell.

There is one immense danger associated with handling acetylene. Due to its thermodynamic instability, acetylene can explode on an attempt to compress it under pressure. Therefore, unlike other common gases (such as H2, O2, N2, CH4, C2H6, C2H4, etc.), acetylene is never stored in conventional cylinders or tanks. Specially designed acetylene cylinders contain the gas as a solution in acetone adsorbed on a porous material such as kieselgur under low pressure of just 15-25 atm. For comparison, N2, O2, H2, CH4, and many other gases can be stored and transported in regular steel cylinders pressurized to 150 atm.
Digression. Until the late 1940s, acetylene was the unrivaled king of the chemical industry of organic compounds. The industrial organic chemistry before World War II was basically the chemistry of acetylene. This situation changed quite abruptly around 1950.

The motorization developments in North America in the 1930s and during the Second World War prompted the giant leap in the development of naphtha cracking processes to meet the increasingly high demand for gasoline, diesel, and aviation fuels. (Naphtha is a mixture of liquid hydrocarbons, mostly alkanes, obtained from oil and other sources.) Originally, the olefins (alkenes) produced by cracking had only limited applications. The rapidly growing availability of ethylene and other alkenes, however, kept pushing the growth of their industrial chemistry. As a result, many efficient methods were developed for utilization of alkenes as the starting materials for a broad variety of other chemicals and polymers. By the early 1950s, the once dominating industrial chemistry of acetylene was replaced with that of ethylene, propene, and other alkenes. It is beyond impressive how astonishingly fast and efficient the transition to ethylene and alkenes as the main feedstock for the chemical industry was. Such an incredible accomplishment is hardly conceivable nowadays. If you wonder why, search for decline of professionalism in Google and read some of the articles. Still cannot believe that the level of professionalism has fallen that low? Here is one more interesting fact for all of us to consider. Around 1965, Stephanie Kwolek (1923-2014) invented Kevlar®, the unique synthetic fiber that is many times stronger than steel. Forty years later, Kwolek believed that Kevlar probably couldn't even be invented today.
4.4.2. How Can We Explain That HC≡CH Is Linear? Experimental data show that all four atoms of H-C≡C-H lie on one line. The linear geometry of acetylene is readily accounted for in terms of orbital hybridization. In the hybridization model for acetylene, only one of the three 2p orbitals on the carbon atom mixes with the 2s orbital (Figure 4-47). The other two 2p orbitals stay unchanged and remain orthogonal to each other. To indicate the number of the s and p orbitals mixing together, this type of hybridization is referred to as sp. 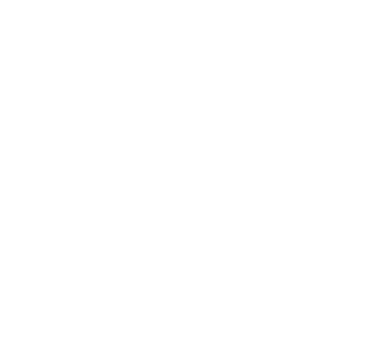 Figure 4-48. Positions of the sp-orbitals (red) and nonhybrid p-orbitals (blue) on an sp-hybridized carbon atom.


Two sp-hybridized carbon atoms can then bond to each other to form the C≡C triple bond in the following manner. An sp orbital on one of the two C atoms overlaps end-to-end with an sp orbital on the other C atom to form a carbon-carbon σ-bond. Simultaneously, the two non-hybrid 2p orbitals on one of the carbon atoms overlap side-to-side with the 2p orbitals on the other carbon atom to form two π-bonds, as illustrated in Figure 4-49. 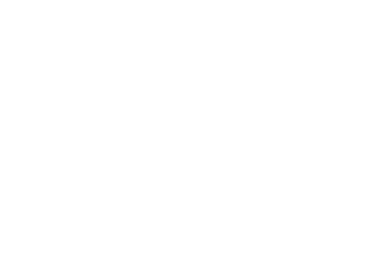 Figure 4-49. Formation of the C≡C triple bond of acetylene by end-to-end overlap of the sp orbitals (red) and side-to-side overlaps of the two pairs of the non-hybridized p orbitals (blue). 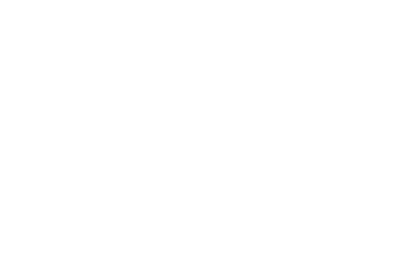 Figure 4-50. A molecule of acetylene, H-C≡C-H, as derived from the sp hybridization model.


Table 4. Selected characteristics of the carbon-carbon bonds of ethane, ethylene, and acetylene.

4.4.3. Alkynes with Three or More Carbon Atoms. Isomerism and Nomenclature of Alkynes. Homologous alkynes are produced by replacing one or both H atoms on the molecule of acetylene with an alkyl group. The general formula of alkynes is CnH2n-2. Due to the presence of a C≡C triple bond, an alkyne has two H atoms less than an alkene (CnH2n; one C=C double bond) and four H atoms less than an alkane (CnH2n+2; no multiple bonds) with the same number of carbon atoms.

The closest homologue of acetylene is propyne, CH3-C≡CH, which exists as only one isomer, exactly as propane and propene. The next homologue, butyne, however, can exist as two isomers (Figure 4-51).


Skeletal isomerism is also observed for alkynes, in addition to the triple C≡C bond position isomerism. Alkynes are named like alkenes, except the suffix ene is changed to yne, as exemplified in Figure 4-52. Obviously, cis-trans isomers cannot exist for alkynes. 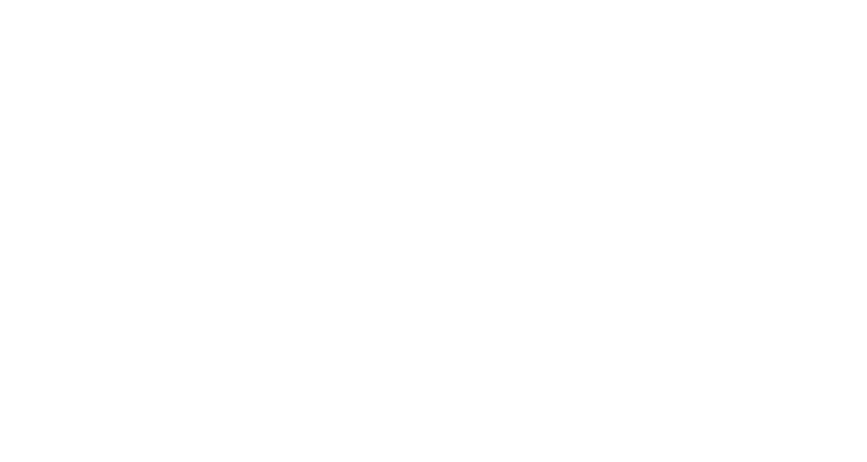 
4.4.4. Chemical Properties of Alkynes. Alkynes add H2, Br2, Cl2, HBr, HCl, H2O, and other molecules to the C≡C triple bond just like alkenes do to the C=C double bond. Addition reactions of alkynes occur step-wise. In the first step, an alkene is produced as a result of the addition to the C≡C bond. In the second step, the alkene product adds another molecule of the reagent to the C=C bond.

The addition of H2 to the C≡C bond of an alkyne occurs only in the presence of a metal catalyst. These hydrogenation reactions are often challenging to stop at the first step because the alkene initially produced usually reacts with hydrogen faster than the original alkyne (Figure 4-53). Catalysts have been developed, however, for highly selective hydrogenation of alkynes to alkenes.


In contrast with the hydrogenation (Figure 4-53), most addition reactions of alkynes with halogens (Figure 4-54) and halogen halides (Figure 4-55) occur in the absence of a catalyst. Also in contrast, the second addition of these reagents to alkynes is usually slower than the first. Therefore, if a reagent such as X2 or HX (X = Cl, Br) is used in a 1:1 molar ratio to an alkyne, the corresponding alkene product is cleanly formed. Note that the second molecule of HBr adds to the alkene produced in the first step in accordance with Markovnikov's rule (Figure 4-55).


Water adds to acetylene in the presence of a strong acid and/or a mercury salt catalyst such as HgSO4. However, the alcohol that is produced in this reaction, H2C=CHOH, is unstable, instantly rearranging to acetaldehyde, CH3C(H)O (Figure 4-56). This interesting transformation is called the Kucherov reaction after its discoverer, Mikhail Kucherov (1850-1911). Acetaldehyde will be considered later in our course among other carbonyl compounds, aldehydes and ketones.

Figure 4-56. Addition of water to acetylene, followed by the fast spontaneous rearrangement to acetaldehyde.


There is one more chemical property of alkynes that is worth mentioning. The H atom bonded to a carbon of the C≡C bond is acidic. Acetylene is a very weak acid compared to even the weakest inorganic acids, such as H2CO3 and H2S. Yet acetylene can form metal salts that are called acetylides or, sometimes, carbides.

By far the most widely used acetylide is calcium carbide (CaC2), which is discussed in the next subsection. Lithium acetylide (Li-C≡C-Li), sodium acetylide (Na-C≡C-Na), and copper (I) acetyilde (Cu-C≡C-Cu) are used in organic synthesis. Copper and silver acetylides are explosive and must be handled with utmost care. Interestingly, the violent decomposition of copper (video) and silver (video) acetylides is the rare type of explosion that does not produce any gaseous products. The explosive decomposition of silver acetylide occurs according to the equation presented in Figure 4-57.


4.4.5. Production and Applications of Alkynes. As mentioned above, before World War II acetylene was the most important chemical of the industry of organic compounds. The main method to produce acetylene was the hydrolysis reaction of calcium carbide, CaC2.

Note that, in contrast with silver and copper acetylides, CaC2 is nonexplosive and reasonably safe to work with. Calcium carbide is made by the reaction of quicklime, CaO, with carbon in the form of coke.

This reaction requires a very high temperature of around 2,000 oC to occur and is performed in an electric arc furnace, consuming much energy and, consequently, being costly to run. While some quantities of acetylene are still made from calcium carbide, the main method to make acetylene over the last 60-70 years has been the thermal decomposition of methane (natural gas).

This process is run at a high temperature of 1,200-1,500 oC. To spare the just formed acetylene from decomposition at such high temperatures, a flow of methane is blown through the reactor at such a velocity that it spends only a very short time in the hot zone, just 0.01 – 0.001 seconds. The gaseous mixture is then immediately cooled to a temperature that is safe for acetylene. Only 5-20% of methane is converted to acetylene in a single pass under such conditions. The acetylene is then separated from the cooled mixture and the unreacted methane is cycled back into the reactor. In one smart modification of the process, a mixture of methane and oxygen is fed into the reactor, so that some proportion of the CH4 is burnt to maintain the high temperature required for the reaction to take place. In this way, the process is self-sustainable and more economical.

The role of acetylene in the modern industry is rather modest, especially relative to what it was in the first half of the 20th century. Acetylene currently finds applications in the industrial synthesis of some chemicals, polymers, paints, resins, and glues.

Roughly 20% of all acetylene produced is used for flame metal cutting and welding. Like other hydrocarbons, acetylene burns in air or oxygen.

Due to the uncommonly large amount of energy confined in the acetylene molecule, the temperature of the flame of acetylene-oxygen mixtures is the highest a fuel gas can produce. While the maximum flame temperature for methane or propane in oxygen is around 2,800 oC, for acetylene it approaches 3,200 oC, which makes acetylene indispensable in flame welding and metal cutting operations.

1. Acetylene is (a) toxic because it is thermodynamically unstable; (b) conventionally stored and shipped in stainless steel cylinders under pressure of up to 150 atm; (c) used in flame welding because it is safer to work with acetylene than with methane or ethane; (d) a gas that is nontoxic, colorless, odorless, and thermodynamically unstable; (e) the most important compound of industrial organic chemistry; (f) a colorless gas with a pungent odor; (g) stored in specially designed cylinders as an acetone solution adsorbed on a porous solid under low pressure. Answer

2. Explain why there are skeletal isomers of butane and butene but not of butyne. Hint

3. Explain why cis-trans isomerism is nonexistent in alkynes. Hint 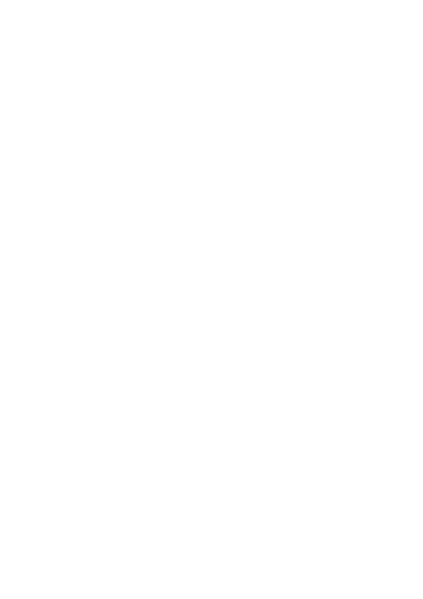 9. Write chemical equations for stepwise addition of bromine to acetylene. Answer
10. Suggest a reaction sequence for the synthesis of acetaldehyde using only water, limestone, coke, and any equipment and catalysts you need. Answer
Next page →
← Back to previous page